Clendaniel: My brother's suicide prompts this plea to you 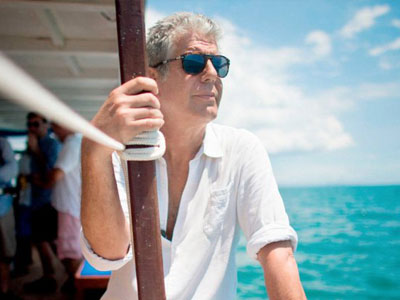 “It’s really important to reach out to people who are struggling and find ways to help them,” said Tullys. “We need to have more conversations that focus on depression and finding ways to talk to people who may be contemplating suicide. We would all benefit if people weren’t so afraid to talk about these issues and share with family, friends, neighbors and co-workers.”

Many people are afraid to get involved out of uncertainty over what to do or fear that they may say the wrong thing at the wrong time and make what appears to be a bad situation worse.

It’s understandable. Suicide is complex. No two people are alike, and mental disorders aren’t always easy to recognize because they manifest themselves in so many different ways.  Experts on suicide prevention note that mental disorders and/or substance abuse are found in about 90 percent of people who die by suicide.

Since my brother’s suicide, I’ve learned how important it is to be better educated on the warning signs. The National Suicide Prevention Lifeline includes the following as serious causes for concerns: “talking about wanting to die; looking for a way to kill oneself; talking about feeling hopeless or having no purpose; talking about feeling trapped or unbearable pain; talking about being a burden to others; increasing the use of alcohol or drugs; acting anxious, agitated or recklessly; sleeping too little or too much; withdrawing or feeling isolated; showing rage or talking about seeking revenge; and displaying extreme mood swings.”

The same experts offer advice on what to do if someone exhibits warning signs of suicide: “Do not leave the person alone; remove any firearms and alcohol, drugs or sharp objects; call the county or national suicide hotline (800-273-TALK); take the person to an emergency room or seek help from a medical or mental health professional.”

We don’t know — and may never know — the reason(s) why Spade and Bourdain killed themselves. Nor am I at all sure why my brother did the same. He had a severe mental illness and by choice was living hundreds of miles away from family at the time of his death.

He didn’t have a telephone (this was long before the days of cell phones), and I wish to this day I had written to him or visited him more often than I did, no matter how hard it was to interact with him.

So I offer a plea to those who have acquaintances or loved ones who are struggling: Check in with them. Ask how they are doing. You don’t have to be a mental health expert yourself. If you are unsure of what to say or ask, call the suicide prevention hotline. Be a part of the movement to make it easier to talk about and help prevent suicide.

Be a friend. You won’t regret it.